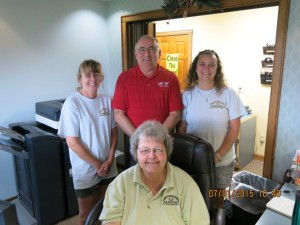 Another successful Mitchell Memorial Pool Tournament!  Thank you to everyone who played and Congratulations to our winners.  A Division:  Billy Webster, B Division Chad Garrigan and Womens Division:  Brandy Lundy. 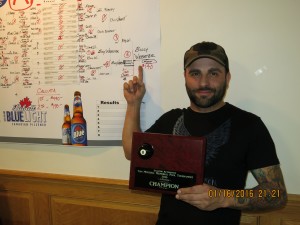 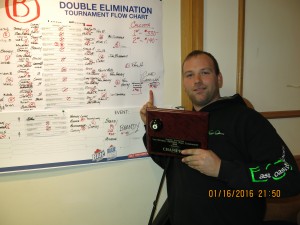 There are way too many complaints about improper behavior during darts and punching of boards.  This is unacceptable so it leaves us no choice but to turn on the camera feature on the dart boards.  Matches will be video recorded and if we get a complaint they will be reviewed and appropriate action will be taken.  Let’s all remember darts is supposed to be fun and we all need to act like ladies and gentlemen!!!